Genius of the Day: Konstantin Tsiolkovsky 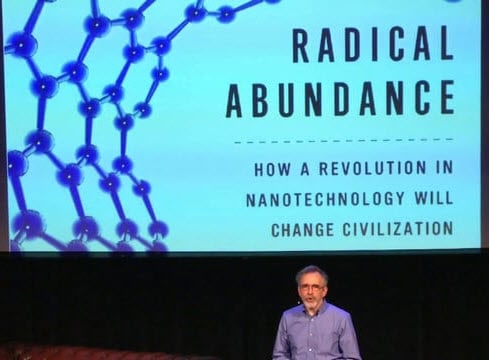 I’m reading the latest book by the man who coined the term Nanotechnolgy, exploratory engineer K. Eric Drexler‘s Radical Abundance: How a Revolution in Nanotechnologyy Will Change Civilization.

I was blow away by the introduction and Drexler’s view of the future, and expecting to get ideas for my next year SXSW Talk on a future without jobs. I was surprised to find a whole lot of detail on the difference between science and engineering and the introduction of exploratory engineering.

Still wondering how soon we’d get to the future when Drexler brings up the Konstantin Tsiolkovsky, Founding Father of Rocketry and Astronautics. Some Russian, deaf school teacher who ruminated about space travel years before the Wright brothers took off at Kitty Hawk and long before any of the technology that made space travel possible was invented.

Drexler called Tsiolkovsky an exploratory engineer. One who stays in the limits of physical science and seeks designs that can lead to a reliable, significant conclusion. That sounds like a fun! I had to put down the book and learn more.

I’m learning that the oblique path is often the best, so I put down the book and grabbed my laptop. Chat requests and a server reboot didn’t sway me, I managed to spell and Tsiolkovsky and continued by state of constant total amazement.

I’d always assume that the someone had to start rocket science, but since I’m not a rocket scientist, Tsiolkovsky was a name I may have read or heard about before, but not much more.  This guy was kicked out of school at 10, taught himself mathematics and physics, then set out to find how to actually do something mankind had dreamed of for ages.

I watched a couple of videos about his work or RT and started exploring exactly what he did.

WOW!  I’d seen that equation before and would like to pretend that I fully understood it when it was explained to me. What really blows my mind is imagining Tsiolkovsky in his time thinking about this. He was explaining how space travel would work in a way that has been used to this day.

I’m ordering a T-shirt with the equation and the line “Don’t try to figure this out, it’s rocket science” and will post a video when that gets here.

Whether you end up learning more about Tsiolkovsky, rocket science, et al, I hope you’ll remember Tsiolkovsky the next time you are faced with something that seems impossible, and reframe it as “If it were possible, how would I do it?”